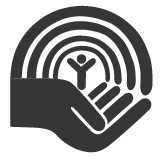 Gina Saaf, executive director of the Fulton County United Way, said Monday that year-to-date, the 2012 fund drive has raised $65,000, about $13,000 ahead of the same time last year.

“We’re trying to get away from over-focusing on a goal; we’re focusing more on the need,” she said. “The more we can raise, the more we can do.

The 2012 campaign won’t technically end until the end of the year. Saaf said United Way officials are trying to get the employee donations wrapped up by the end of the month.

“Things tend to trickle in later,” she said.