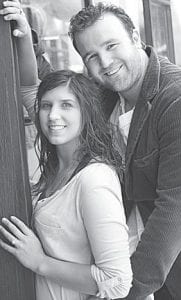 Robin and Kevin Stamm, Archbold, and Jeff and Jodi Frank, Archbold, announce the engagement of their daughter, Haley Frank, to Brock Mealer, son of Shelly and Jan Stamm, Wauseon, and the late David Mealer.

The bride-elect is a 2006 Archbold High School graduate. She earned a degree in advanced manufacturing technology in 2010 from Ohio Northern University.

Her fiancé is a 2003 Wauseon High School graduate and a 2008 Ohio State University graduate.