Four Run For Pettisville School Board 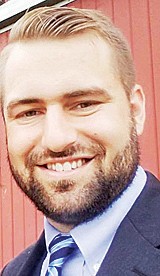 Registered voters in the Pettisville School District will choose from four candidates for three seats in the Tuesday, Nov. 7 general election.

He was appointed to fill the unexpired term of Loren Roth, who died while serving on the board on Feb. 13.

Dymarkowski was home schooled, earning a high school degree in 2008. He is the general manager of Foundation Steel.

A veteran of the Ohio Army National Guard, he was deployed to Afghanistan in 2012. He is a member of the Pettisville Park And Recreation Committee (P.A.R.C.), and attends Pettisville Missionary Church.

Dymarkowski said his purpose in running for school board “is to ensure Pettisville remains the special place it has always been, both for my kids and theirs.”

Rick Graber is an incumbent, first elected in 2013. 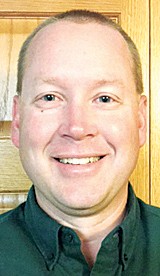 A Pettisville native, he graduated from Stryker High School in 1985 and received a bachelor’s degree in architecture from Ball State University in 1990. He is the owner of G5 Architecture.

Graber said his goals are “to be a board member guided by principles, faith, integrity, and service, and to work with our staff to teach, encourage and support the students.”

Brent Hoylman is a Pettisville native and a 1991 PHS graduate.

He is a sales representative for Kenn-Feld Group.

He is a former member and president of the Pettisville P.A.R.C. board.

His goal is “to be a positive influence in the education of our youth.”

John King is an incumbent, first elected in 1997. He is seeking his sixth term. 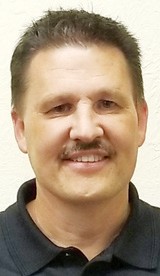 A Pettisville native, he graduated from Pettisville High School in 1973. He earned an associate degree from Northwest Technical College in 1975. Today, he is employed by Rupp Seeds, Inc.

He is a member of the Independent Professional Seedsmen Association, Fulton County Farm Bureau, and Pettisville FFA Alumni.

He is a member of West Clinton Mennonite Church.

King said his goal is to “work with the administration and staff as we strive to provide each student a great education in a safe environment.”