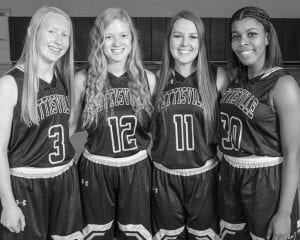 Waldvogel, whose overall coaching record is 319-204 in 23 years, said team strengths for the season are the players’ “willingness to work and play hard. We should be able to shoot the basketball fairly well and play aggressively on defense.”

Weaknesses include the fact that “individuals will be finding new roles than they have played in the past, and the lack of size.

“We want to give 100% each night and keep improving. We plan to contend night in and night out.

“I believe the BBC will be balanced, with Edon and North Central bringing back a good nucleus of players. We want to try to contend for a top spot.”