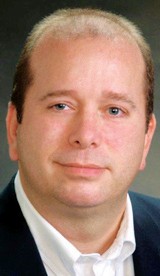 With three Archbold Village Council seats up for election this year and two councilmen not seeking reelection, there will be at least two new council members in 2018.

Voters will make their choice in the Tuesday, Nov. 7 general election.

Council sets the priorities for community projects and development, funding those projects with taxes and fees collected.

Kenneth M. Cowell and Edward A. Leininger decided not to seek reelection. That leaves Vaughn Bentz as the sole incumbent in this year’s race.

Bentz was first elected to council in 1989. He served as a councilman until 1999.

He sought a council post again for a term starting in 2007, but was defeated.

His total time as a councilman is 16 years.

A native of Scottdale, Pa., Bentz graduated from Kidron (Ohio) Central Christian High School in 1982. He earned an Associate of Arts degree in liberal arts from Hesston (Kan.) College in 1984, and followed up with a natural science concentration at Eastern Mennonite University in 1985. 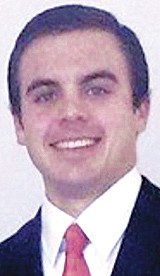 He earned a Bachelor of Arts degree in business administration from Defiance College in 2002.

Bentz is the director of environmental, health, safety, and security at Sauder Woodworking.

Bentz has been a member of the Archbold Park Board since 1995, has been a youth soccer coach for Archbold Parks & Recreation since 1985, and has served as a Junior Achievement volunteer at Archbold Elementary School since 2012.

If reelected, Bentz said he plans to “use my experience to continue to serve the village while improving communication between council and constituents, particular- ly those affected by proposed projects.” 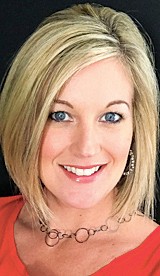 Drew Ginn is seeking a council seat. His hometown is Memphis, Tenn.; he graduated from Archbold High School in 2011.

He earned a Bachelor of Science Business Administration degree in accounting from Bowling Green State University.

He is employed at the Farmers & Merchants State Bank.

He is a member of the Ohio Society of Certified Public Accountants.

His goal is to “serve the people of Archbold by creating a safe, healthy and vibrant community to ensure the values that make up Archbold remain stronger than ever.”

Stacey J. Heckel is also seeking a seat on council.

A Stryker native, she graduated from Stryker High School in 1998.

She earned a Bachelor of Arts degree in psychology and sociology from Bowling Green State University in 2002, and a Master of Business Administration degree in organizational management in 2011. 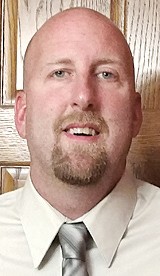 She is employed by the service firm Air Force One, where she is the director of management and strategic alliances.

She is a secretary on the board of trustees of The Chamber Partnership, Waterville. She has been a member since 2013.

“My goal as a council member is to understand the processes, policies and procedures to help provide efficiencies, understanding, and effective communication to our community,” she said.

Okolona is his hometown. He graduated from Napoleon High School in 1995.

He completed the Ohio Peace Officer Academy training in 2003. He completed training for Basic Emergency Medical Technician, EMT-Intermediate, and firefighter qualifications in 1999. 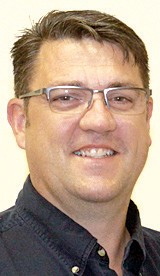 He works for Myers Slaughterhouse, Brookview Farm, and the Fayette Police Department.

His goals are to “restore morale within the fire and police departments, stop efforts to separate from German Township and rerouting of 66/24, be a voice for the voters.”

He is employed by Kenn- Feld Group, LLC.

He is the head trustee at Zion Mennonite Church.

“If elected to Village Council, I pledge to make our community and environment a better place today and for tomorrow,” he said.