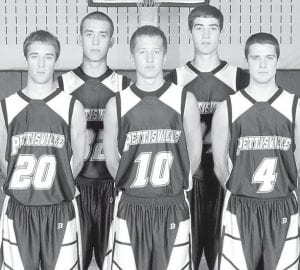 Now in his tenth year of coaching, Nofziger has compiled a 148-72 record. The Birds claimed a sectional championship last season.

“We will rely on our quickness and speed on the offensive and defensive ends, but our overall team size is an area of weakness,” said Nofziger.

The coach thinks the battle for the BBC title “will again be a tight race as it was a year ago.”

The Birds host Delta, Saturday, Dec. 4, in their season opener.