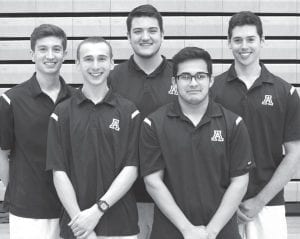 Kidder enters his eighth season at the helm of the Streaks. He finished last year with a 5-10 record.

“We have lots of experience in the returning letterwinners,” said Kidder, “and we don’t have any seniors this year, so that will help us even more next year.

“The new young players will give us some depth and help us in the future.

“I expect our team to do quite well this year. Returning experience is great, and I anticipate having some strong contributions from the new players.

“I wouldn’t be surprised if we had a chance at doing very well in the Northwest Ohio Athletic League matches that we have, even though there is no league for tennis.”