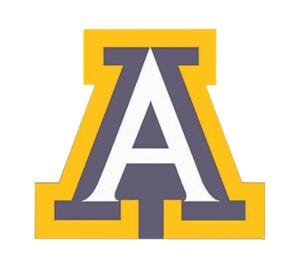 Two events with major impacts were cuts caused by the battle against the Coronavirus, and the appeal of the Rover Pipeline property tax valuation.

With no major increases in revenue predicted, Selgo said within a few years, the district will be forced to go to district taxpayers for additional operating revenue.

Unlike most families, who operate their budgets on a calendar year, Jan. 1 through Dec. 31, Ohio school districts operate on a fiscal year.

Each fiscal year starts July 1 and runs through June 30 of the following year.

Fiscal years derive their names from the year in which the fiscal year ends.

At the start of FY 2020, Selgo said district officials anticipated receiving $4,165,057 from the state of Ohio.

But when the pandemic hit, state officials, anticipated a reduction in state tax revenue and cut money for education.

District officials also anticipated receiving $1,545,848 in Tangible Personal Property tax from the Rover Pipeline, the underground 42- inch high-pressure natural gas pipeline that was built through the district in 2017.

Rover appealed the property tax value of the pipeline. The school district received $915,110 while the appeal is being heard, a loss of $630,738 in revenue the district anticipated.

Together, the state funding cut and the loss of the money caused by the Rover appeal meant the district did not receive $875,830 it anticipated.

Over time, the district has built a cash balance.

The $692,808 deficit was covered by money from the cash balance.

The shortfall will again be covered by the cash balance.

But that can’t go on forever.

Selgo said school officials project the district will run out of cash by FY 2023.

Christine Ziegler, district treasurer, said that is based on the assumption that Archbold voters approve a renewal of the $1.1-million emergency property tax levy.

An emergency levy differs from a regular levy. A regular levy is a certain number of mills, approved by voters, which are then applied to the taxable property values to determine the number of dollars that are generated.

In an emergency levy, voters approve a set dollar amount, and mills are adjusted to raise that amount and nothing more.

For the district to collect money from the emergency levy without interruption, Ziegler said the voters must renew that levy in 2021.

Selgo said he anticipates discussing the renewal of the emergency levy at the Monday, Dec. 21 school board meeting.

He plans to ask the board to put the renewal on the May 4 ballot.

One piece of good news: Selgo said state education officials do not plan further cuts in support for school districts.

He and Ziegler anticipate state funding will remain at FY 2020 levels.

Selgo said if the projections district officials have made hold true, and the school board wants to continue to function at current levels, then it will be forced to look at raising additional money, possibly through a new operating levy.–David Pugh