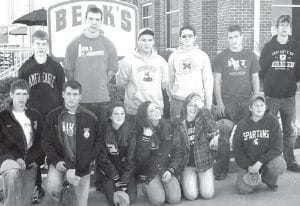 On the way, the students went on two tours, to Quiet Cove Dairy Farm in Wapakoneta and Beck’s Hybrids Seed Plant.

Members attended sessions where there were speakers, performers, and more. The students went to the National FFA Career Show, where companies, colleges and universities with agriculture programs had display areas the students could visit.

The group stopped at the DeBrand Chocolate Factory, Fort Wayne, Ind., for a behind the-scenes tour. They viewed the production rooms and learned what each was used for in producing the numerous pieces. 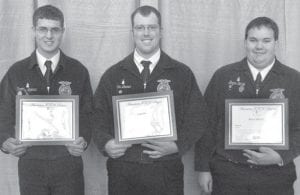 For the next three days students attended leadership workshops and sessions, and toured the career show.

Some presented science fair projects in the National Agriscience Fair, including Rebekah Meller, who was named Agriscience Student of the Year.

Luke Meller received a gold award, the highest possible, for his project in the environmental science category. Taylor Kruse placed third and received a gold in the botany division.

Two keynote speakers spoke about not going through life being average, to be above average and achieve great and other inspiring ideas. 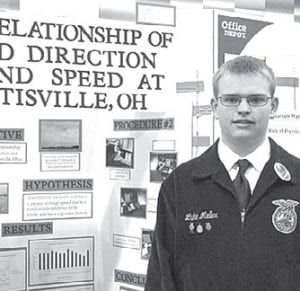 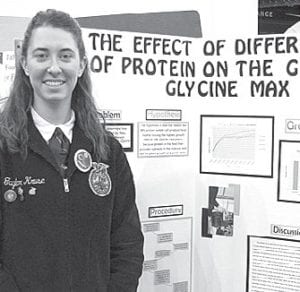