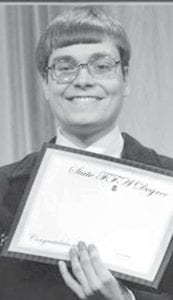 State convention consists of five sessions. Awards are given to state winners, there are motivational speakers, and members attend the career trade show.

Some members toured the Food Science and Entomology labs at The Ohio State University.

They will forward their papers to the National FFA for competition.

Meller was also a finalist for Ohio Star in Agriscience. Nofziger will forward his application to national competition. 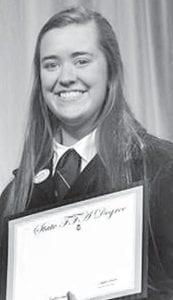 Lynnsey Crouch, Dennis, and Nofziger received the State FFA Degree, given to around 3% of total FFA membership.

In order to receive the degree, they had to meet certain requirements for number of hours worked and money earned from their Supervised Agricultural Experience (SAE) projects, as well as have strong FFA, school and community participation.

The chapter was recognized for donating to CROP Church World Services and the Ohio FFA Foundation Trust Fund.–Jacob Dennis, reporter 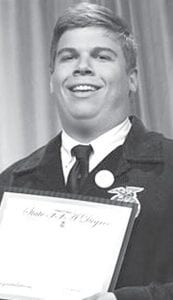