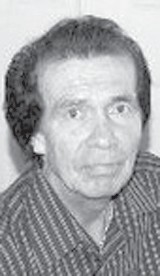 He married Elvia Rodriguez on Oct. 21, 1961, and she survives. They celebrated their 56th wedding anniversary this past Saturday.

He was a member of Templo Cristiano, Assembly of God Church in Archbold since arriving from Puerto Rico in 1960. He enjoyed working alongside Pastor Misael Rodriguez with whatever project needed to be done, especially maintaining the landscape.

Henry worked at Sauder Woodworking, the Sauder Village, and Terry Henricks in Archbold, where he made many friends.

After retiring, he loved spending summers in Lake Leelanau, Mich., working in agriculture, which later led to he and Elvia starting their own landscaping business.

Their work spanned over 16 years in Michigan and Ohio.

They attended the Leelanau Community Church, where they encouraged many seasonal migrant families to come to Christ.

He loved playing softball in the church league and attending sporting events to watch the Archbold Bluestreaks, Detroit Tigers and The Ohio State Buckeyes.

His favorite hobbies were auto body repairs, playing his harmonica, accordion and maracas.

Henry and Elvia loved to travel to Texas, California, Mexico and Puerto Rico to visit his grandchildren, siblings and extended family members. Henry was well loved and will be greatly missed by all those who got to know him.

13 grandchildren; and five great-grandchildren and many nieces, nephews, brothers and sister-in-laws.

He was preceded in death by his parents; infant daughter Elisa; and siblings Angel (Martha), Minin, Felicita, and Maria, all of Puerto Rico.

A celebration service will be held on Thursday at 11 a.m. at the Archbold Assembly of God, with Pastor Misael Rodriguez officiating. Interment will follow in the Archbold Cemetery.

Friends may call at the Archbold Assembly of God Church from 3-8 p.m. today, Wednesday.

Short Funeral Home in Archbold has been entrusted with the funeral arrangements. www.ShortFuneral- Home.com.