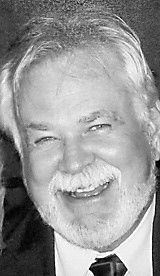 Drew Moseley, age 66 years of Archbold, left for his eternal home in heaven on Monday afternoon, Jan. 6, 2020, from his earthly home following a brief illness.

He married Rosene Miller Short on Jan. 2, 2010, and made his home with her in Archbold.

Drew lived in Jasper, Ala., before moving to Archbold in 2010.

He worked as a salesman for many years selling real estate and beauty supplies.

Drew’s real love was to be a salesman for Jesus, bringing the salvation message of our Lord Jesus Christ to those that would come across his path.

In Jasper, he was known as the Waffle House Chaplain where he ate breakfast. He prayed for many there and led many to the Lord Jesus Christ as he shared the gospel message.

He also had a jail ministry in Jasper, along with two nursing homes where he ministered weekly.

After moving to Archbold, he was a co-pastor at Victory Barn Church in Edgerton the past 10 years, serving alongside of his wife, Rosene. Drew was an elder and associated with teaching and preaching.

He was the outreach pastor and led weekly services at five nursing homes in the area, leading many to the Lord Jesus Christ just before they passed from this life.

He had such a love for those that were hurting and needed a touch of God in their lives. He ministered weekly in the jail, leading many to the Lord Jesus Christ, mentoring them and teaching them the Word of God.

He frequently visited those in the hospital to encourage, comfort and pray for them.

Drew had a great love for people, and especially for his family. His wife, children and grandchildren, brothers and sister held a special place in his heart, as well as many close friends.

He brought Godly wisdom and counsel to the table in times of need.

Drew enjoyed the beauty of nature. He found peace in the serene waters of Smith Lake and Maumee Bay State Park, as he did so many other spe- cial places. He enjoyed fishing, water skiing and riding jet skis.

He was delighted in spending time at Oak Mountain State Park & Put-N-Bay, where he enjoyed deer, bird and eagle watching.

Drew was preceded in death by his parents, Reginald and Dona Moseley.

Visitation & services will be held on Saturday, Jan. 11, at the Victory Barn Church in Edgerton. Visitation will be from 11 a.m.-1 p.m., followed by a celebration of life service at 1 p.m.

Burial will be held at the Archbold Cemetery followed by a meal at the Barn Restaurant for any who would like to come and celebrate Drew’s life with his family.

The family suggests memorials be given to Gideons International.

Short Funeral Home in Archbold is entrusted with the arrangements. www.ShortFuneralHome.com.