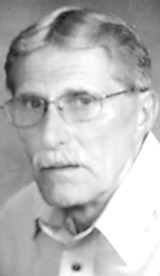 He married Betty Lou Aeschliman on Sept. 18, 1971, at Pine Grove Mennonite Church, Stryker, and she survives.

Doug worked at Johnson’s Plumbing and Heating, was a farmer, and retired from Northwest State Community College in 2010, where he was director of plant operations.

Doug was a graduate of Stryker High School, a US Army veteran of the Vietnam War serving in Korea as a Military Police officer.

He enjoyed being outdoors, impeccable lawn care, NASCAR, and he will be remembered by his children and grandchildren as a man who could fix almost anything.

He is preceded in death by his parents.

A memorial service of rememberance and celebration of Doug’s life will be held at 11 a.m., Saturday, Aug. 26, 2017, in First Lutheran Church, Stryker. Reverend Tamara Wood will officiate.

A funeral luncheon will follow the memorial services in the church.

Friends may call for time of visitation with the family from 2 p.m.-8 p.m., Friday, in Fairlawn Haven Chapel, Lutz Road, Archbold.

Memorial contributions may be made to First Lutheran Church, Stryker, or the charity of family preference.

Online condolences may be made at www.grisierfh.com.