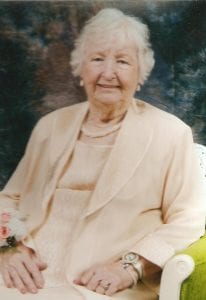 Donna Louise (Liechty) Spengler, age 90, died Saturday, Feb. 11, 2012, at Defiance Area Inpatient Hospice, after a short illness from the return of cancer.
She was born in Tedrow to Jacob and Elva (Davis) Liechty.
After the stroke of midnight on Jan. 1, 1941, she married Robert Edwin Spengler, with whom she shared her life for 60 years.
They traveled the U.S. with their family to visit relatives, WWII Army "buddies," and later, they followed Bob’s National Championship Senior Softball Team.
They were members of the Wauseon Elks and the Tedrow United Methodist Church.
Donna’s homes were always open for family, friends, and her children’s friends, who affectionately called her "M." She loved playing cards, knitting, sewing, and cooking for gatherings.
Her love of sunshine and the pool took her to Florida for the past 28 winters.
Donna is survived by her children, Ruth Ann (Robert) Schroeder, Carol (Gary) Brink, Edwin (Marilynn) Spengler, and Jane (Jeffrey) Dominique; nine grandchildren; two step-grandchildren; and 11 great-grandchildren.
She was preceded in death by her parents, two sisters, one brother, and her husband.
Visitation will be held at the Edgar-Grisier Funeral Home in Wauseon on Tuesday, Feb. 14, 2012 from 2 p.m. until 7 p.m.
A memorial celebration of Donna’s life will be held at 11 a.m., Wednesday, at the Tedrow United Methodist Church, 17699 Co. Rd. J, with the Rev. Kevin Cochran, officiating. Private interment at Wauseon Union Cemetery will be held prior to the memorial service.
In lieu of flowers, the family requests that memorial contributions be given to Hospice of Williams and Fulton Counties or Tedrow United Methodist Church.
www.GrisierFH.com.–Posted 2.12, 3 pm