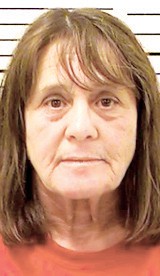 Theresa Taylor, 63, rural Bryan, owner of Theresa Taylor’s Dog Grooming, Archbold, is free on $10,000 bond after she was arrested and charged with two counts of felony cruelty to animals.

The arrest prompted well over 100 comments on the Archbold Buckeye Facebook page, and others.

Comments range from those defending Taylor to those urging commenters to wait until all information is in, to those who have already decided on her guilt.

One called for the demolition of Taylor’s 811 Stryker Street building.

Much of the discussion centers on video evidence. At least one of allegedly nine videos was available on Facebook, Sunday afternoon, Sept. 8.

The allegations of animal abuse were submitted to Archbold police on Friday, Aug. 30. The police report states the abuse occurred between 8 am and noon the day before.

The reporting person is listed as Tanisha Renee Temple, 27, Fayette. She had worked at Taylor’s shop, which offers dog grooming, day care service, and boarding.

Taylor was arrested on a warrant from Fulton County Western District Court, Tuesday, Sept. 3. She was booked into the Corrections Center of Northwest Ohio at 10:38 pm that evening.

When asked about the case, Banister said, “This is the beginning of an ongoing investigation. I can’t give any information out at this time.”

Taylor appeared in Western District Court via video link from CCNO. At that time, bond was set at $10,000, cash or surety. A 10% payment was not allowed.

She is to appear at a preliminary hearing today, Wednesday, 10 am, in Western

Assisted by Archbold police, Banister has been back at the Stryker Street building at least twice. On Sunday, Sept. 8, Banister allegedly took dogs into custody.

When asked why he returned to the building on Sunday, Banister said, “I am not at liberty to discuss it.”

When asked if he confiscated dogs, he said, “Same answer.”

A case is pending against Taylor’s husband, Philip, in Williams County Common Pleas Court, charging him with four felony counts of cruelty to a companion animal, and counts of having weapons while under disability and menacing by stalking.

Philip Taylor allegedly shot four dogs to death at the home he and Theresa shared on Saturday, June 1.

Philip Taylor, 54, is free on bond under house arrest restrictions at a residence in Defiance County. Williams County court documents state the bond is secured by property.