Discount Drug Mart Still Committed To Archbold; To Open In 2021? 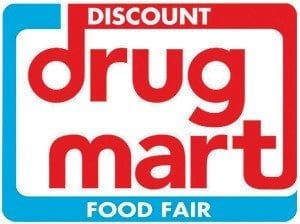 Despite missing an estimated 2020 opening date for a new store in Archbold, Discount Drug Mart still intends to build the store.

Steve Ferris, public affairs director for the company, said yesterday, Tuesday, “We are stilled committed to the project and the site. We love the town and the people.”

In 2018, officials with the Medina-based company announced plans to construct a $3 million, 28,000 squarefoot facility at 705 South Defiance Street, a vacant lot across the street from St. John’s Christian Church.

The company operates 73 stores, mostly in northeastern Ohio. Archbold would be the company’s farthest-west store.

When asked about the timeline for the project, Ferris said “soon.”

He said the original opening dates were estimates, made when the company applied for liquor and other permits.

The company “encountered delays that were out of our hands,” he said.

Ferris complimented Donna Dettling, village administrator, and those involved in economic development, saying, “they’ve been at the ready” to assist the company.