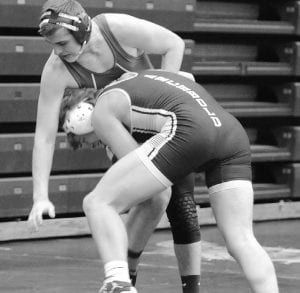 The conclusion of the winter sports season came to an abrupt stop after news of the Covid- 19 spread became more apparent.

For three Archbold High School wrestlers, the postponement of the state tournament left them in a state of limbo, wondering what the future holds for the sea- son.

“We were a little skep- tical, but not enough to think they would be can- celing,” said Andrew Francis, a junior qualifier in the 126-pound weight class.

“I don’t think a single one of us thought– including the coaches– that there would be any chance that it would get cancelled,” said Brennan Short, a senior qualifier at 145 lbs.

The three wrestlers and their coaches left Archbold after a brief practice on Thursday, March 12. 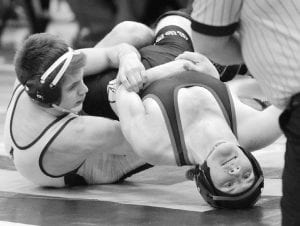 The team was sched- uled to practice at The Ohio State University, but a late notice of room closures meant the team would have no access to a practice facility.

As they arrived in Columbus, news of the tournament stoppage immediately became reality.

“Right when we got there we found out,” said Carson Meyer, a junior qualifier at 170 lbs. “We really hadn’t done any- thing yet.”

“We got all the way to Columbus and I got a text that asked if we were coming back,” said Short. “Then we find out the OHSAA postponed everything.”

“We had just parked and Brennan looked at his phone and just went ‘oh gosh’ and ‘no way,’” said Francis. “That was the instant there in Columbus we found out.”

“We had just arrived in Columbus when we learned of the postpone- ment,” said Brian Becher, AHS head coach.

“I always stress to the wrestlers to focus on things you can control. This situation we have been presented with is definitely not one of those.”

While there was instant disappointment, the three agreed that the situation was out of their hands, and all that could be done was to push forward.

“It’s obviously disappointing, but the only thing we can really do is move forward and try to get better for next year,” said Meyer.

“It was disappointing not getting the experience and not getting to enjoy those moments,” said Francis. “For me, it just gives me a bigger drive to do better for next season.

“It’s a bitter pill to swallow, but not as bitter as it would be for the sen- ior.”

For Short, the last sen- ior standing in his return to the tournament, his frustration was under- standable.

“It sucks, but there’s really nothing you can do about it at this point,” he said.

“As a senior, you’re wrestling to peak at state. You want to have the best performance at state. 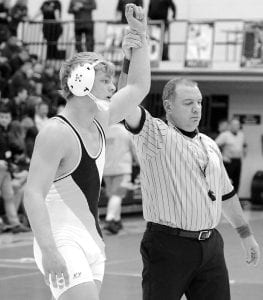 “I’m glad that I’ve been a part of this program. It did help me in life, and knowing that I have the coaches that I can always look to.”

“As important as the state tournament is, not only to the wrestlers that qualified but to their families, the fans, and us coaches, there are many things much more impor- tant in life than high school athletics,” said Becher.

“Regardless if the tour- nament gets cancelled or rescheduled, the impor- tant things have already taken place anyways– the valuable lessons from being involved in high school athletics.” 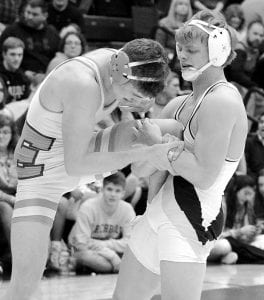 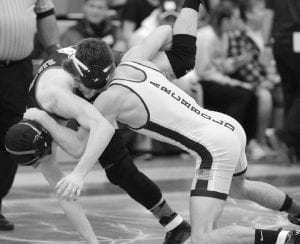 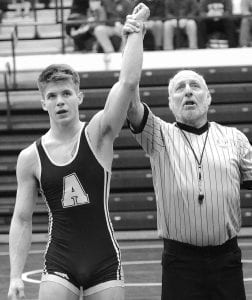