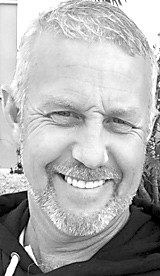 He was a 1981 graduate of Archbold High School.

He is survived by two children, Andrew Rupp with companion Emma Short of Archbold, and Sara Rupp of Wauseon; his companion, Kimberly Long; his mother, Delores (Troyer) Rupp; a sister Teresa (Tom) Benno of Oak Park, Ill.; two brothers, Jeff Rupp of Archbold and Tracy (Cathy) Rupp of Noblesville, Ind.; along with many nieces and nephews.

He was preceded in death by his father, Howard Rupp, and his sister-in-law, Marlene (King) Rupp.

A Celebration of Life service will be held on Friday at 11 a.m. at the Archbold Evangelical Church. Interment will precede at 10 a.m. in the Pettisville Cemetery.

Friends may call at the Archbold Evangelical Church from 2-8 p.m. on Thursday.

Memorials may be given to Life Changing Realities Fellowship or CHP Hospice. www.ShortFuneralHome.com.