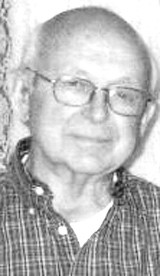 The family was served by Lighthouse Funeral & Cremation in Union City, Mich.

He graduated from Pettisville High School in 1946.

On Aug. 6, 1950, he married the former Donna Klopfenstein in Wauseon. Together they raised four children with strong family and faith values.

Mr. Gautsche was nearly a lifelong farmer, as he was still working well into his 80s. He raised tomatoes for over 40 years, in both Michigan and Ohio.

At one time, he had around 100 acres of tomatoes in a season. He was a fixture in the Batavia area farming community and will be missed by many who called him a friend and neighbor.

Storytelling is what Delmar was best known for. He would usually start out with, “Did I ever tell you?” and that was usually followed by his wife Donna saying “They’ve already heard that story before.”

Needless to say, he became very good at telling stories while his wife was tugging on his arm to get going.

During his short residency at Thurston Woods, he became quite popular with the staff and other residents because they loved to listen to his stories, which they had never had the pleasure of hearing before.

Through the years, Delmar gave of his time and talents in many different ways.

He always helped with the meat canning day in Goshen for the Mennonite Central Committee.

He was a faithful member of the Locust Grove Church, was a great supporter of the youth group auctions, and because he loved to mow grass, he would volunteer to keep the church grounds mowed and looking great.

He will be remembered as being a kind, sweet and generous man.

He was always quite patient and agreeable with the love of his life, Donna, whom he cherished and deeply missed since her recent passing.

Please visit www.lighthouse funeral.com to share memories, pictures and videos with the family.