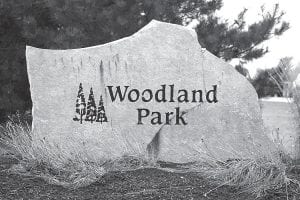 Borrowing money can be a useful tool, but used improperly, it can become a nightmare.

That’s true for everyone– individuals, corporations, and government entities, including Ohio villages.

Currently, Archbold Park Board owes about $1.29 million for the construction of Woodland Park, which was authorized in 2002.

The village also must borrow money to update its water and wastewater treatment infrastructure. So far, the village has borrowed more than $1.1 million. Future projects have estimated costs that top $5 million.

We are confident village officials can make the payments on the debt they’ve incurred and plan to incur.

But borrowing money means paying interest. Money paid out in interest is money that doesn’t serve anyone. It doesn’t build streets; it doesn’t maintain parks. It’s money spent for money.

Brad Grime, new Archbold mayor, is “dead set” on getting the Woodland Park debt paid off, and we commend him for that. It’s a good idea.

Village officials may have to borrow for the infrastructure work, but we urge caution.

As anyone who has ever run up a credit card knows, debt can quickly become an insufferable burden.