Couple To Wed In Washington, D.C. 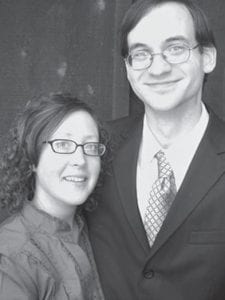 Jim and Carolyn Pratt, Wauseon, announce the engagement and upcoming marriage of their daughter, Carrie Beth, to Joseph Ryan Gunther, son of Ehrhardt and Pat, Swanton.

The bride-elect is a 2003 graduate of Pettisville High School. She earned a Bachelor of Science degree in special education in 2009 from Bowling Green State University. She is an intervention specialist for the Hardin-Houston Local School District, Houston, Ohio.

Her fiancé is a 1999 graduate of Liberty Center High School. He graduated with a degree in creative writing from Ohio Northern University in 2003. He works at Wal-Mart, Lima.

The couple will reside in Minster.