Couple To Wed In Archbold March 4 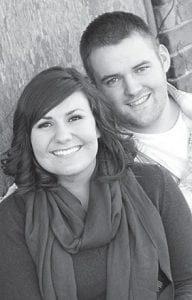 The bride-elect is the daughter of Mike and Peg, Archbold. A 2006 graduate of Archbold High School, she earned an Associate of Arts degree in 2008 from Hesston (Kan.) College. She graduated in December 2010 with a Bachelor of Science degree in nursing from Eastern Mennonite University, Harrisonburg, Va. She works at Rockingham Memorial Hospital, Harrisonburg, Va.

Her fiancé is the son of Rich and Ann, Pettisville. He was home schooled and earned the equivalent of a general education degree in 2004. He attended Northwest State Community College for one year, and is a laborer at Regal Properties, Inc., Pettisville.