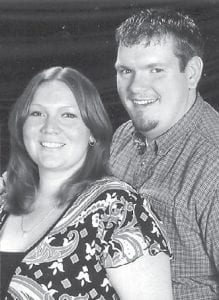 The bride-elect is the daughter of William and LuAnn Boyer, rural Archbold. A 2003 graduate of Archbold High School, she graduated from Defiance College in 2007 with a major in social work and a minor in psychology. She is a caseworker for the Henry County Department of Job & Family Services.

Her fiancé is the son of Phillip and Lucinda Ruby, rural Napoleon. A 2004 graduate of Napoleon High School, he attended Hocking College from 2004-2007. He is a laborer.