Couple To Marry Nov. 29 In Georgia 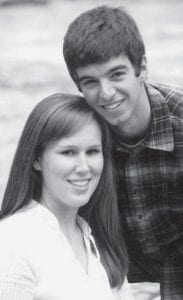 Christina Marie Sanders and Jacob Lantz Rufenacht, together with their parents, Wayne and Debra Sanders and Lonnie and Barb Rufenacht, announce their engagement and coming marriage.

The bride-elect is a 2004 graduate of Starr’s Mill High School, Peachtree City, Ga. She earned a Bachelor of Science degree in international affairs and modern languages from Georgia Tech University. She is employed as a Spanish teacher at Clarkston High School, Clarkston, Ga.

Her fiancé is a 2004 graduate of Pettisville High School. He attended Taylor University, Upland, Ind., where he earned a Bachelor of Science degree in international business. He is employed by Sherwin Williams, Atlanta, Ga.