Couple To Marry June 16 In Bryan 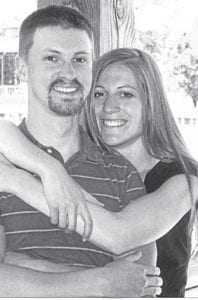 Pete and Luana King, Archbold, announce the engagement and upcoming marriage of their daughter, Gina, to Jake Eisenhauer, son of Joe and Renee, Huntington, Ind.

The bride-elect is a 2004 graduate of Archbold High School. She received a bachelor’s degree from the University of Findlay, and is a 2012 graduate of Ohio State Veterinary College.

Her fiancé is a 2005 graduate of Huntington North High School. He graduated from Trine University, Angola, Ind., with a bachelor’s degree in electrical engineering.

The couple will exchange wedding vows on June 16, 2012, at Opdyke Park, Bryan. They will reside in New Haven, Ind.