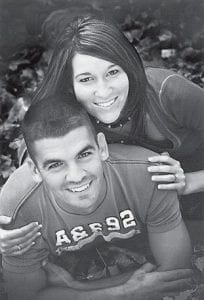 The bride-elect is a 2005 graduate of Hilltop High School and a 2007 graduate of Salon Professionals Academy of Perrysburg. She is a licensed cosmetologist at Southern Breeze, Wauseon. She is also employed at The Sleep Shop/Kings Home Furnishing of West Unity.

Her fiancé is a 2000 graduate of Fayette High School. He is employed at E S Wagner Company of Oregon, Ohio.

The couple will exchange wedding vows April 19, 2008 in the First Presbyterian Church, West Unity, followed by a reception in the Knights of Columbus Hall, Archbold.