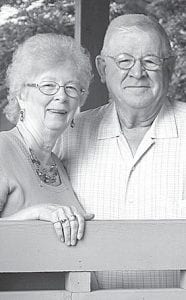 They will celebrate with an open house given by their family, Saturday, July 27, 4-7 pm, at the Rotary Park Pavilion, 600 Wood Street, Wauseon.