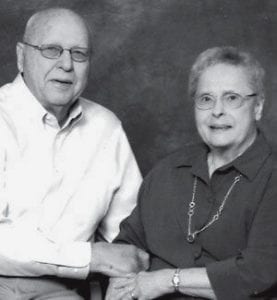 Herbert Nofziger and Virginia Nofziger, Lyons, were married on July 25, 1948, at the home of the bride’s parents in rural Wauseon.

An open house, hosted by their children, is Sunday, June 29, 3-5 p.m. in the North Clinton Mennonite Church, Wauseon.