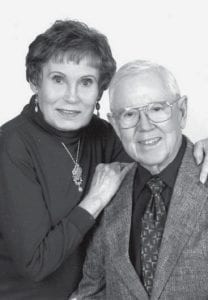 Ronald Robinson and Jeanne Grisier, Stryker, were married June 27, 1948 at the Methodist Church of Stryker by A.H. Beckett, the officiating pastor.

An open house given by their children is Sunday, June 29, 10 a.m. to 2 p.m. at First Lutheran Church, Stryker.