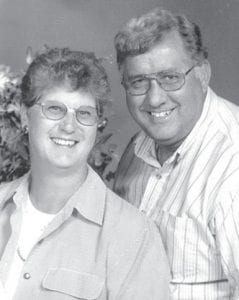 They are the parents of one son, Mike (Jen) DeVries, Napoleon. They have three grandsons and three greatgrandchildren.

The couple will celebrate the occasion with a trip to Toronto and a family get-together.