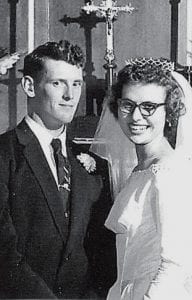 The Schroeders will celebrate their 50th anniversary with an open house, Saturday, Sept. 15, 1-5 p.m. in the Ruihley Park Pavilion, Archbold.