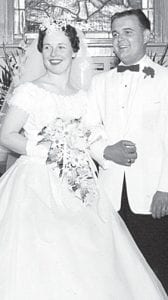 The couple will celebrate with the family at a later time.