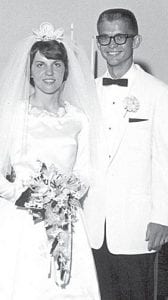 The family plans a celebration in the fall.