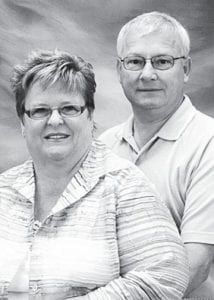 They have two sons, Brian, and Brooke (Kate) Thatcher, and three granddaughters.

They celebrated the anniversary while on an Alaskan cruise with friends and relatives.