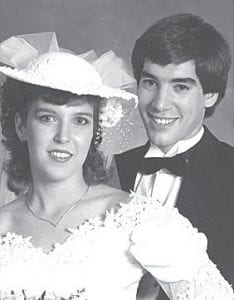 They have two children, Emily and Kevin.