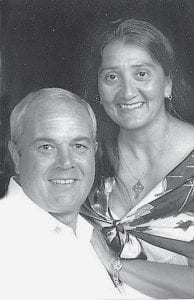 Dan and Angie have one daughter, Richelle Avers, and are the grandparents of seven.

The couple celebrated with a family dinner last weekend.