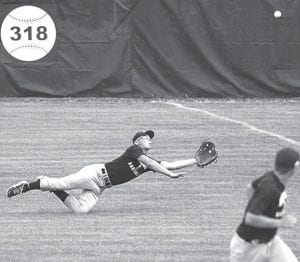 Right fielder Mitchell Hogrefe makes a diving catch for the third out in the first inning of Archbold’s game with Coldwater, Saturday, July 20.– photos by Mary Huber 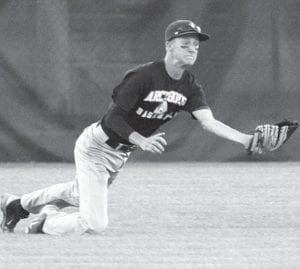 Center fielder Logan Hogrefe stunned the Anthony Wayne fans when he caught this fly ball to end the third inning in Archbold’s second championship game with the Generals, Monday, July 22. 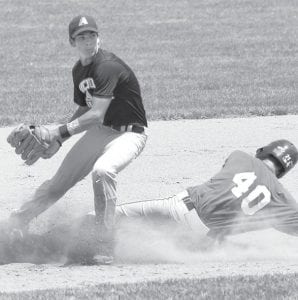 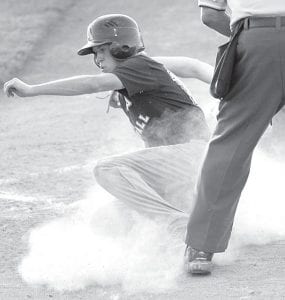 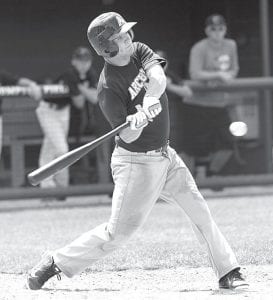 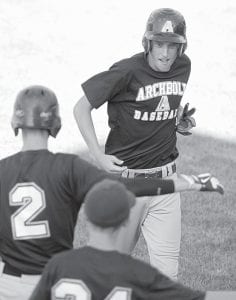 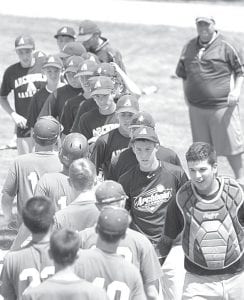 Archbold and Anthony Wayne congratulate each other after the game, Sunday, July 21. 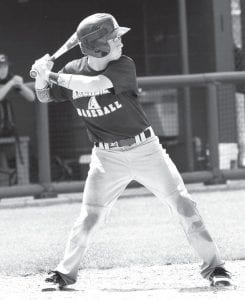 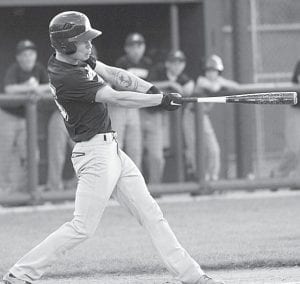 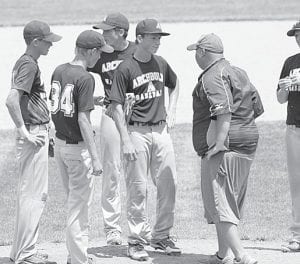 Conference on the pitcher’s mound with Derric Martinez, head coach. 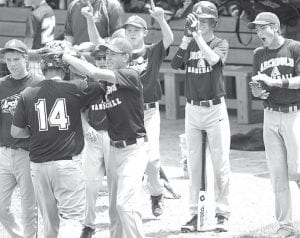 Hayden Galvan (14) gets congratulated by teammates after scoring. 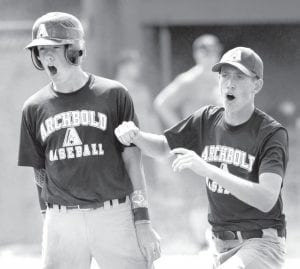