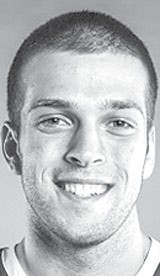 He scored four points and grabbed three rebounds in the contest.

Fisher is a son of Vern and Rosemary.

Man’s greatest blunder has been in trying to make peace with the skies instead of making peace with his neighbors.–Elbert Hubbard