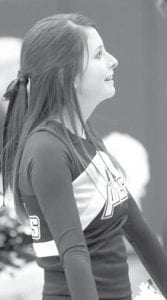 The Express lost to second ranked Cincinnati State 92-84 in overtime, Saturday, Jan. 21. In only 23 minutes, Galvan finished with eight points, four rebounds, nine blocks, one assist, and one steal.

In four career games against Cincinnati State, Galvan has 38 blocks in 77 minutes.

She has eight games of six or more blocks this year and has 97 total blocks in 17 games played.

With eight games remaining in the regular season plus the postseason, Galvan is 30 blocks short of tying the school record for most in a season and 48 from tying the career record.

Galvan is the daughter of Roel and Dana.