A Look Back When They Were Second Graders 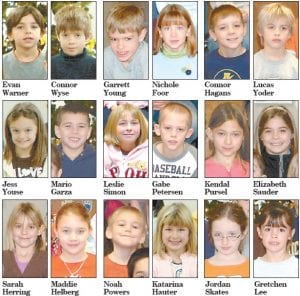 A longstanding Christmas tradition in the Archbold Buckeye is the annual publication of second graders’ letters to Santa.

Thanks to the cooperation of second grade teachers in the Archbold and Pettisville school districts, children’s Christmas wishes are shared with the community, exactly as they are written.

Ten years ago, members of the Class of 2018 were second graders themselves.

Their Christmas letters were entertaining, and in some cases, touching and poignant.

Some of the wishes from Beth Holsopple’s students at Pettisville included selfless requests.

There were, of course, requests for toys, but the last thing Evan Warner wanted was “money to go to the poor.”

Connor Wyse said, “I want you to give most of my gifts to the poor,” and, “Can you please get a gift for my mom and dad.”

Garrett Young, who was in Jodi Walker’s class at Pettisville, asked Santa to “help the pore gets lots and lots of mony.” 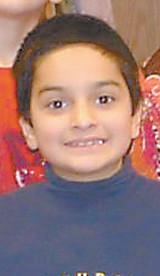 Nichole Foor, a Walker student, told Santa she was seven, adding, “People out there need food and water. That is the only thing I would like for Christmas.”

Some were worried about Santa’s health 10 years ago.

“How much do you eat on your trip? How much do you weigh? I know that sounds rude but you need to start working out!” said Connor Hagans, who was in Lori Coressel’s class at Archbold.

Lucas Yoder, another one of Coressel’s students, asked Santa, “Did you gain wait? I hope not because you need to stay in shape for the deliveries!”

Jess Youse, who was in Holsopple’s class, said, “I will trie not to let my dad eat your cookies.”

Mario Garza had his parents in mind. A member of Walker’s class who now attends Archbold schools, he told Santa, “My mom and dad ned tols to fix are house.”

Leslie Simon, who was in Jason’s Bacik’s class at Archbold, covered all her bases.

“I want a makeup set. My brother wants a toy truck. My sister wants a new car,” she said.

Gabe Petersen, a student of Kristin Shields, told Santa, “I would like an I pod, a Little TV, and a baby brother or sister.”

There were many pet-related requests, including a lot of requests for puppies.

Kendal Pursel, a Walker student, said, “Can I please have a horse for Christmas? I also wante a house dog.”

Elizabeth Sauder, another Walker student, said, “Please can I have horses you can feed and ride.”

Sarah Herring, who was in Walker’s class, asked Santa, “Can you bring a puppy and a car for my parits?”

Maddi Helberg, who was in Mrs. Biederstedt’s/Miss Smith’s class, told Santa, “Thank you for my dog Bailey, she’s awsume.”

Noah Powers, also a student in Smith’s class, asked, “Can I have a pet turtle?”

But it was perhaps Katarina (Katie) Hauter, a Holsopple student, who had the most unusual request, telling Santa, “I want a pet worm.”

Two students, both from Walker’s class, discussed their faith.

Jordan Skates said, “Christmas is about Jesus being born. And Jesus die because fo croinis.”

Gretchen Lee said, “I wish every one Beleved in Jesus and knew the way to him.”

Ryan Trevino, a student in Smith’s class, said, “I want my Dad to get better on Christmas.”

Was his dad suffering from some dreaded disease?

Don Trevino, his father, said, “No, I had the flu. I asked him why he put that in there.”