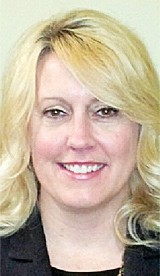 A fighter pilot with the Toledo-based 180th Air National Guard Fighter Wing and a civilian Department of Defense employee will be speakers at Memorial Day services, Monday, May 27.

American Legion chapters in Archbold and Ridgeville Corners will each host events.

In Archbold, the ceremony, conducted by members of Archbold American Legion, Buehrer-Lauber-Weckesser Post 311, start their program at 9:30 am at the Archbold Knights of Columbus Rebeau Hall.

The Archbold post will also host a Memorial Day service at the Pettisville Cemetery, starting at 11 am.

The speaker at Archbold and Pettisville is Jennifer (Miller) Norden, a Napoleon native.

A 1991 Napoleon High School graduate, she set her goal as becoming a history professor. She earned bachelor’s and master’s degrees in history-related fields, then started a doctoral program at the University of New Mexico in 1997. 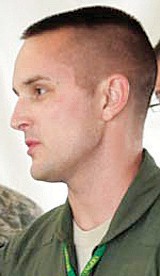 After two years as a background investigator, she began moving into national security work.

She spent 15 years with the Defense Security Service, an agency of the Department of Defense, overseeing protection of U.S. and foreign classified information.

She was selected to attend the Senior Executive Fellows program in 2013. The program is housed at the Harvard University Kennedy School of Government.

The Ridgeville Corners American Legion, Ward L. Adams Post 454, begins its program at 10:30 am at the Legion Hall.

The program features a performance by the Ridgeville Corners Community Choir and the traditional Children’s Flag Drill.

The speaker is Roy Poor, a major with Ohio Air National Guard 180th Tactical Fighter Wing based at Toledo.

Poor is a full-time F-16 fighter pilot with more than 1,000 hours in the singleseat jet.

He has served overseas several times, including tours in Iraq, Qatar, Jordan, Estonia, and the island of Guam.

A 2001 Anthony Wayne High School graduate, Poor began learning to fly in civilian light planes at the age of 13. On his 16th birthday, he flew an airplane solo.

On his 17th birthday, he joined the 180th as an F-16 mechanic while studying flying at Bowling Green State University, graduating in 2008. He was a BGSU flight instructor until he was selected to become a pilot.

With the call sign “Grease,” honoring his days as a mechanic, Poor graduated from the prestigious F-16 Forward Air Control-Airborne School.

He teaches fellow pilots how to best employ the F-16.

The AHS Marching Band will perform at both events.