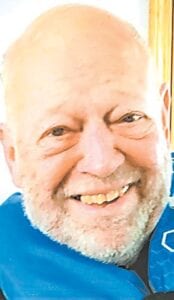 Charles grew up on Peck Street and graduated from Macomber High School, Class of 1961.

His parents founded Wettle Canvas Awnings Company, and after operating it for many years, they allowed Charles to purchase the company, operating it until his retirement in 2002.

Upon retirement, Charles turned the company over to his son, Brent, and his wife Heather, and they continue to keep the longtime family business going strong.

Charles also kept busy managing the Superwash in Archbold for many years.

Charles had a passion for old cars, restoring them and showing them off at area car shows.

He considered himself an outdoorsman, enjoying hunting and snowmobiling. Charles was also an avid fan of the Toledo Walleye. In his younger years he was known for his success in drag racing.

Charles was a loving husband, father, grandfather, and friend, and will be remembered dearly for his infectious laugh and his love to make people smile.

In addition to his parents, Charles was also preceded in death by his twin brothers, Robert and Arthur, and infant great-grandson, Luke.