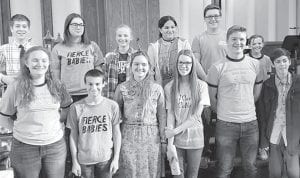 To encourage new friendships, quizzers pulled team names out of hats and formed mixed teams to quiz off in a single-elimination tournament, when “Gentle Hearts” won the final match.

In the season matches, “Wave Walkers,” Eastland Baptist, Bryan (7-0) and “Fierce Babies,” Central Mennonite (6-0) won all their matches, and currently lead the area, and will quiz each other at the next quiz meet, Sunday, Jan. 27, at Central.

In third place is “Huioi,” King’s Cross, Defiance (5-1), who will also quiz Central at the next meet.

The teams are well balanced, as five other teams are within one match of each other for fourth.

In only the first third of the season, every team has won at least one match. 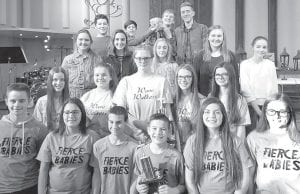