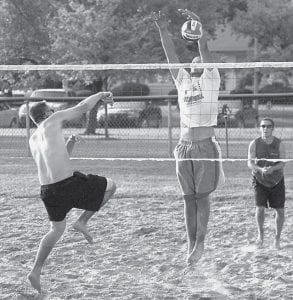 They defeated the secondplace team of Galen Nofziger, Glenn Nofziger, and Joel Ruffer 25-23 to win the championship.