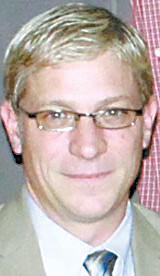 “We have had several people kicking the tires in the last couple of years, but nobody has pulled the trigger to do anything,” Fryman said.

“I think everyone is looking for some sort of state or federal incentive, and those have gotten to be less and less over time.”

Fryman said the village is working with the state of Ohio to authenticate economic development sites in the Archbold Industrial Park.

Under the state program, an authenticated site is one that is ready to build, with properly-sized infrastructure in place.

Also, “due diligence” studies of property for things like chemical contamination or underground storage tanks will have been completed.

Being an authenticated site will help, “because it puts us on the radar screen for some of the top projects in the state of Ohio,” he said.

The lack of incentives for manufacturing and other economic development projects has a parallel in housing.

“I know some of the area developers would like some help from council (to construct housing developments),” he said.

“At the same time, we’ve seen the help coming from the state diminish, so it’s been harder to just be willing to stick our neck out and do something” knowing there are pressing infrastructure projects ahead.

“We have had developers come in looking at doing projects completely on their own, without help from the village,” Fryman said.

“You kind of balance this in terms of a developer needing help, or wanting help and asking for help, and a developer who says I can probably do this and get no help.

“So then you look at all developers and ask, why can he do this, or why can they do this (without assistance)?

“We’ve hated to spend money on something maybe a developer could pull off.

“The other thing is, I think the emphasis would be on middle income housing, that’s the need. I don’t think the industry in the area is looking for high-end housing.

“It’s tough to carve out that area.”

On the other hand, to live in the East Gardens Apartments or Archbold Villas duplexes, “you can’t put a single person making more than $27,000 in there,” he said.

A couple making about $31,000 cannot qualify for subsidized housing.

“I know that for a fact because I’ve called around the four counties trying to help some of our employees (at TJ Automation) find housing, but when you’re over $12 or $13 an hour, it puts you outside that range.”

He said he spoke with representatives of governmentsubsidized housing projects, and they say “the federal guidelines for income have not really adjusted. They’ve just kind of gone up with whatever the cost of living is.

“Then I tried calling mobile home parks to find mobile homes for some of these people.

“They’re all booked, because people who didn’t qualify for federal housing like East Gardens… started looking at the next level, which is mobile home parks. The three that I called all had waiting lists.”

Fryman said the lack of affordable housing “is a concern to me, and I hope it would be (up to) the future council as to how we can ease that problem.”

Employers in the area have complained about finding an adequate number of employees.

“We are even struggling at my business, and we have tried to become better partners with Northwest State (Community College) and Four County (Career Center) and some of the other programs,” he said.

“The high schools were trying to teach kids a skill, because there’s a lot of kids not going to college at all. We need to plug them in somewhere.

“They’ve just got to have some sort of skill.”