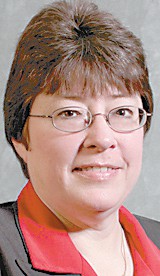 After three generations of Archbold Buckeye ownership by the Taylor family, the newspaper has been sold.

W.O. Taylor, Ross’ grandfather, founded the Buckeye in July 1905, after two previous unsuccessful attempts. The Archbold Avalanche was published in 1885, and the Archbold Herald ran for seven years, from 1885-1892.

Over the years, W.O. relied on what was known as tramp printers– men who traveled from newspaper to newspaper, practicing the trade. 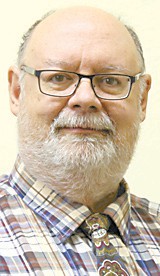 When she died in 1955, her children, Orrin, Vincent, and Valetta (Taylor) Parlette became owners. They owned and operated the newspaper until 1978, when the Ross Taylor family purchased it.

The Buckeye has won many awards in Ohio and national newspaper associations, winning the coveted general excellence award several times.

Ross said the Archbold Buckeye was highly regarded among American newspapers, even being mentioned in college journalism textbooks.

Orrin was president of the National Newspaper Association in 1946-47. He met many highly placed government and business leaders.

Orrin was one of 20 Ohio newspaper executives to attend a luncheon with John F. Kennedy, U.S. president, on Nov. 6, 1963. Just 16 days later, Kennedy was assassinated.

“Tom Edison’s right-hand man slept in my house, in the room where I was born. James Cox, governor, changed his clothes in the Archbold Buckeye restroom,” Ross said.

Pugh, an Illinois native, joined the staff in November 1983, as the first full-time reporter.

He graduated from Eastern Illinois University, Charleston, Ill., in 1979 with a bachelor’s degree in journalism and speech/communications.

Huber, a Henry County native and former high school math teacher, came to the staff in 1987 as advertising manager. She graduated from Defiance College in 1983 with a bachelor’s degree in elementary education and a minor in secondary math.

The new owners do not plan any major changes.

Current staff members include Pam Kruse, who also has been at the Buckeye since 1987; Deb Lecklider, who started at the paper in 1993 and will retire at the end of January; and Cookie Short, who joined the paper in 1997.

Ross said having Huber and Pugh own the Buckeye makes him “overwhelmingly happy.

“It just doesn’t make sense for anyone else to own the Buckeye after more than 30 years of David and Mary.”