Bowling Gets Sanctioned By School Board 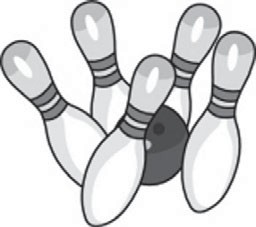 The Archbold Area School Board agreed to sanction bowling as a varsity sport at its Monday, Sept. 13 meeting.

Under sanctioning, the bowling team will play varsity matches, and students will earn varsity letters. The team can also participate in postseason tournaments.

But the school district assumes no cost of the bowling program. The school will not pay for the cost of equipment or for transporting bowlers to or from matches.

Vern Nemire, owner of Nu- Arch Lanes, Archbold, told board members he and his business had sponsored high school bowling for 15 years.

In addition to giving team members discounts for offseason bowling, Nemire and Nu-Arch raised $12,000 over four years for scholarships for student bowlers.

Nemire read a letter from Joyce A. Miller, Archbold, who said she supported bowling for many reasons.

While not every student can play sports like football, basketball, volleyball, or others,

those with a variety of athletic talents can bowl.

bowl throughout their lifetime.

Miller said in her letter bowling builds a camaraderie unlike any other varsity sport.

Bowlers from opposite teams sit a few feet from each other, allowing a chance for interaction that can lead to lifelong friendships.

Bowlers will cheer for a member of the opposite team for a strike or successfully picking up a difficult spare, she said.

Miller, whose daughter, Susan, died in a Sept. 29, 2005 auto accident, said several individuals approached her at the Fulton County Fair, remembering her and her daughter from days when Susan had been an AHS bowler.

Janet Wyse, school board member, said she agreed to approve bowling based on the same agreement the board made with backers of the boys soccer program, which also received school sanctioning.

An MOU, or memorandum of understanding, was drafted between the board and the backers of the soccer program. She said a similar MOU needs to be drawn up for bowling “and that MOU needs to be followed,” she said.

“I think this is the key,” said Phil Nofziger, a board member, holding up the memorandum.

Wyse made the motion to sanction bowling. Scott Miller, board president, provided the second. It passed on a 4-0 vote, with Jon Lugbill, board member, absent from the meeting.–David Pugh