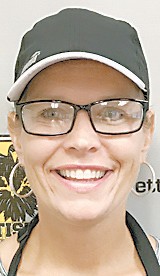 The Pettisville School Board has taken special steps to work around federal regulations regarding its new head cook.

During its Monday, Aug. 21 meeting, the board approved hiring Margo Bostelman as its new head cook.

The federal requirement is for schools of 500 or more students; the most recent enrollment figure at Pettisville is 514 students.

To avoid problems with the federal requirement, district officials will pay Bostelman from separate funds.

Because that fund receives a portion of its revenue from the federal government, it is subject to federal requirements such as the three-year experience rule. Work Around

District officials will pay the leadership portion of Bostelman’s salary– basically the difference between a regular cook’s pay and the head cook’s pay– out of the district general fund.

As head cook, Bostelman will work an extra 1.5 hours a day, receive an additional $2.22 per hour, and work three additional days per year.

“This will continue for up to three years,” Switzer told the board. “If our enrollment changes, we can get a waiver of the three-year experience requirement.”

Switzer said in a later phone interview an Ohio Department of Education official recommended paying Bostelman from two separate sources to avoid having to seek a waiver.

Also, Switzer said Bostelman is working on becoming a licensed food handler by taking a class over the Internet. When she completes the work and earns the license, she will receive a 4% pay increase.

He expects her to earn the license in the near future.

“Not all cooks are licensed food handlers,” he said.

Bostelman replaces Brenda Aeschliman, who was head cook for 22 years prior to her resignation in July.

Aeschliman resigned following a controversy with the board and administration about whether assistant cooks should be offered insurance benefits.

The district does not offer health insurance to assistant cooks who work five hours a day, but does offer the benefit to bus drivers who work less. –D.J. Neuenschwander with David Pugh

Samuel Colt, inventor of the Colt revolver, “the gun that won the West,” worked on the prototype in his father’s textile plant.