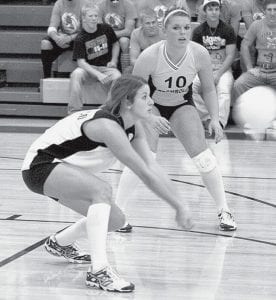 Lauren Kern served three aces and missing only one serve overall. She also had 10 digs.

Stacy Wyse had 14 digs and 28 assists, while Kenzie Frank had 10 digs.