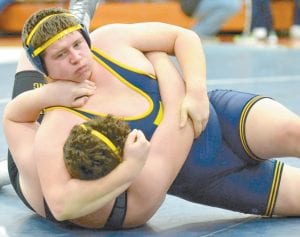 The Streaks battled hard but dropped a 36-27 contest to the preseason favorite Indians, then bounced back to beat the Vikings 69-0 to run their record to 9-7, 4-2 in the league.

“I think our guys wrestled tough. It’s the best we’ve looked in a while.”

The Indians had a few injuries in their lineup but managed to hold off the Streaks.

Wauseon jumped out to a 24-0 lead after five matches.

Shane Eicher (126 pounds) halted the momentum with a 5-2 decision. 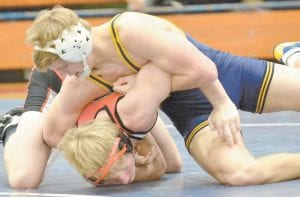 The Indians captured the final two matches with a major decision and a forfeit for the 36-27 final.

Milan Edison is seeded first, while Delta is second.

Second-round winners square off in the regional quarterfinals 20 minutes after the last match of the round concludes, followed by the semifinals and finals.